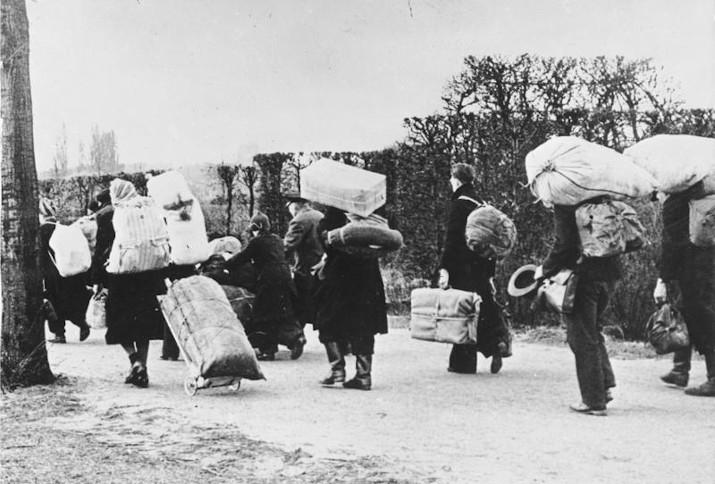 New poster exhibition and eyewitness accounts in the foyer of the memorial site
14:00 - 15:30 Uhr

Günther Klemm, born in 1939 in a suburb of Teplitz-Schönau in the Sudetenland, was forcibly resettled with his family in 1946. He lived in various places until he moved with his family to Dresden in 1965 and to Radebeul in 2004.

In March, the international open-air exhibition "THERE&HERE Displaced Memory" made a stop at Dresden's Postplatz. The exhibition was realised by the Prague-based association Post Bellum in cooperation with local partners. Texts and interviews can now be experienced in the foyer of the memorial.

The focus is on the fates of twelve displaced persons from Poland, the Czech Republic, Italy, Germany and Slovakia. Their biographies are presented in the poster exhibition. They recount their fates in detail in interviews, many of which were recorded at the memorial last year. The videos can be seen in the exhibition and can also be viewed on the memorial's website. https://demokratiecampus.de/dort-und-hier

In May 1945, the Second World War ended. However, the human suffering continued. Europe lay in ruins, the borders of the states were redrawn. Not only in the war itself, but also in the political realities of the post-war period, millions of people were forced to leave their places of birth. The last witnesses of one of the largest waves of migration in Europe were children then, today they are of advanced age. Many of them are only today, after many years of silence, telling of their experiences.

The project is co-funded by the European Union under the Europe for Citizens programme.

The interviews are also available on the portal www.memoryofnations.eu. Memory of Nations is one of the most comprehensive collections of testimonies in Europe. The database includes testimonies of 20th century events that survived the two totalitarian regimes - Nazism and Communism.